I went out for a few hours this morning to a local native stream. The flows were down from Friday but were still on the higher side. I stuck to high stick nymphing for the most part today since the currents created too much surface drag for surface indicators. It worked perfectly as I caught over 10 brookies, 2 dace, and 1 creek chub and I was able to feel the strikes directly. This was also the first trip this year where I have surpassed double digits for trout so it was a long time coming. I fished a hare's ear nymph and a soft hackle hare's ear variant in tandem. Most fish took the soft hackle but some took the hare's ear nymph. 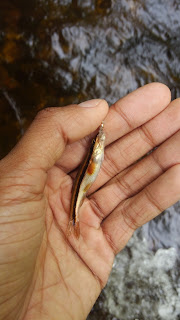 This was one of the 2 dace I caught. Not the desired species but still looked beautiful with its orange fins! 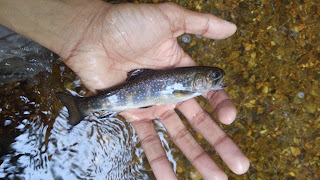 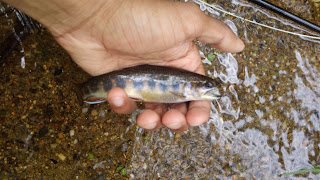